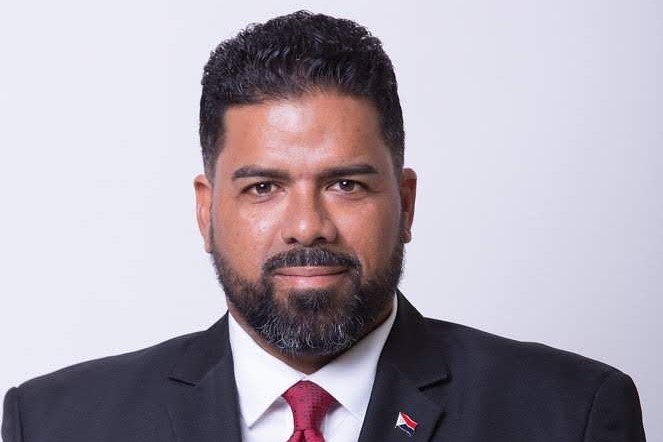 We have taken note of your letter sent to Prime Minister Jacobs in regards to the suspension of the fifth tranche of liquidity support (Naf 39 million) due to very worrying developments regarding the corporate governance of Princess Juliana International Airport (PJIA).

We have been proactively informing the population for weeks and months on so many of the very same concerns we see listed in your letter.  We have repeatedly sounded the alarm on all forms of media.

Although, we anticipated the consequences faced today by the Jacobs government due to a lack of proactive action to live up to agreements, which has been a reoccurring modus operandi for this Jacobs Cabinet and the NA-UP coalition, we are extremely disappointed, ashamed, angry and outright fedup.

We realize that the Kingdom Government wants to assist the government and the people of St. Maarten with liquidity support to survive this Covid Pandemic, but the Kingdom Council of Ministers, via your office, can not continue to enable the Jacobs Cabinet, which has clearly demonstrated over and over that:

* they do not live up to agreements they sign

* they do not honor their word

* they are not sincere and honest in their dealings with you

* they are being manipulated and led by Outside Handlers

As a former St. Maarten Member of Parliament during the period July 2018-November 2019, we witnessed, experienced and fought the forces of the very same Outside Handlers not only within the Coalition but within the Leona Cabinet.

These Outside Handlers are the same ones who ultimately undermined the stability of the Coalition and forced the implosion of the then UD party. Those forces took control of the majority of Parliament in September 2019.

It is with that knowledge that those who fought these corrupt forces in the Leona Cabinet, invoked article 59 of the St. Maarten constitution to dissolve a parliament which was now being manipulated by outside forces.

Yet, State Secretary Knops, we trust that by now  you realize that those forces remain stronger than ever and resulted in the present coalition between two parties who traditionally have been major opponents to each other for decades.

Today, they are joined by Anti-Dutch sentiments, personal and political vendettas against the Dutch, and of course the continued fleecing of government owned companies and government.

We have come to the conclusion the Outside Handlers are very much in control of this Cabinet and they wield significant power in the present Parliament. This is evident when one pays attention to the constant incoherence of the decisions being made by the Jacobs Cabinet.

From the content of your most recent letter and having read all your public letters sent to the St. Maarten government since the beginning of 2020, it is clear to us that you are fully aware of what we described above. It is clear that you realize the Prime Minister lacks credibility at this point and can not be trusted. We concur.

Please note that the Prime Minister is the leader of the NA with 5 seats in a coalition of 9 and NA party holds 5 of the 7 Ministries in the Council of Ministers versus UP party with 4 seats and 2 Ministries.

While these stats should have empowered this Prime Minister and given her a clear mandate, it has long become very evident to us that she is not in control of this government and does not have the strength of character or leadership skills to stand up against the political meddling to lead St. Maarten in this time of major crisis.

While we would prefer not to have to point out her misleading, lies and lack of transparency during the worst period in our history when the future of this island is most in doubt and our people are falling in despair, we can not stand aside and allow this level of incompetence to go unchecked.

Since March 2020, we have seen the Jacobs cabinet led by this Coalition repeatedly, unnecessarily and intentionally frustrate the Covid recovery process and the much needed financial support provided by the Netherlands. These delays have come at a high cost in particular to the people and businesses in the private sector who need it the most.

While each time they say the words and write the letters to appease the conditions, it should be evident to you that many of those promises to live up to conditions unconditionally have not been done in practice. For example, the 25% salary cut for political authorities which is still not implemented.

Instead, both the CoM and Coalition have been deceptive each time just to get the money. It should be very evident to you by now that these games will not stop unless a different approach is taken. We believe that this Jacobs Cabinet will not stop the games as long as the Dutch keep rewarding what can only be described as a lack of integrity and good governance.

Having said all this and with a heavy heart, we believe it is time for you to implore the Kingdom Council of Ministers to impose direct Higher Supervision on this Government until the economy can be restored and the island does not need Dutch liquidity for its basic survival.

This will ensure that the population in general, the public sector and the private sector, is not made to suffer unduly. As you know, the NGOs have had to assist thousands with food baskets and unemployment remains a growing problem.

You have indicated that you will send on the decision regarding the fifth tranche to be decided in the May 21, Kingdom Council of Ministers with the advice that the money remain suspended until the Jacobs cabinet has taken sufficient decisive action to structurally repair the problems at the airport and ensure the successful progress of the project to repair the airport terminal.

While we applaud this move and we have no doubt the Prime Minister will do whatever she can to convince you she is now serious about handling the issues and deserve the money, please note that once they receive these funds they will go right back to the same sabotage of the airport and other issues which are vital for the recovery of sxm.

The Outside Handlers, CoM and the Coalition believe the Dutch will play hardball but will always bail them out no matter what they do so that civil servants and subsidized entities do not go unpaid and prevent the island descending into chaos. We must say that history seems to back up that belief.

After all, as the Council of Ministers, they are ultimately the ones responsible for the wellbeing and quality of life of the citizens of St. Maarten. As far as we are concerned, St. Maarten is considered an autonomous country within the Kingdom and this liquidity support should be seen as a benefit and not a liability.

It is time that the Jacobs Cabinet realizes this is serious business and these types of futile games will not be enabled and tolerated by the Kingdom Council of Ministers anymore. The longer these games are played, the longer the people and businesses in the private sector will be made to suffer. The longer the recovery process will take. We sincerely trust that you will take our advice in consideration. St. Maarten People deserve an end to these constant impasses so they can truly focus on surviving these hard times.

In closing, we hope you will be paying a visit to the Integrity Chamber which unfortunately is now being viewed as a futile organization. As one who supported the establishment of this entity to elevate the level of integrity, not only in our government apparatus but in our community, we would appreciate an update on this entity whose composition is shared with the Netherlands.

A fedup and concerned Sxmner 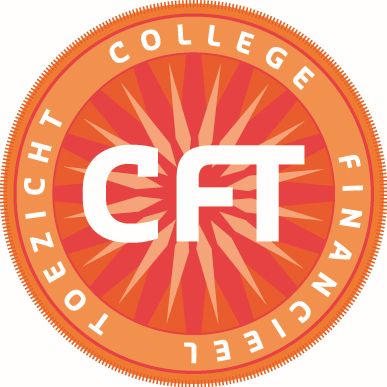 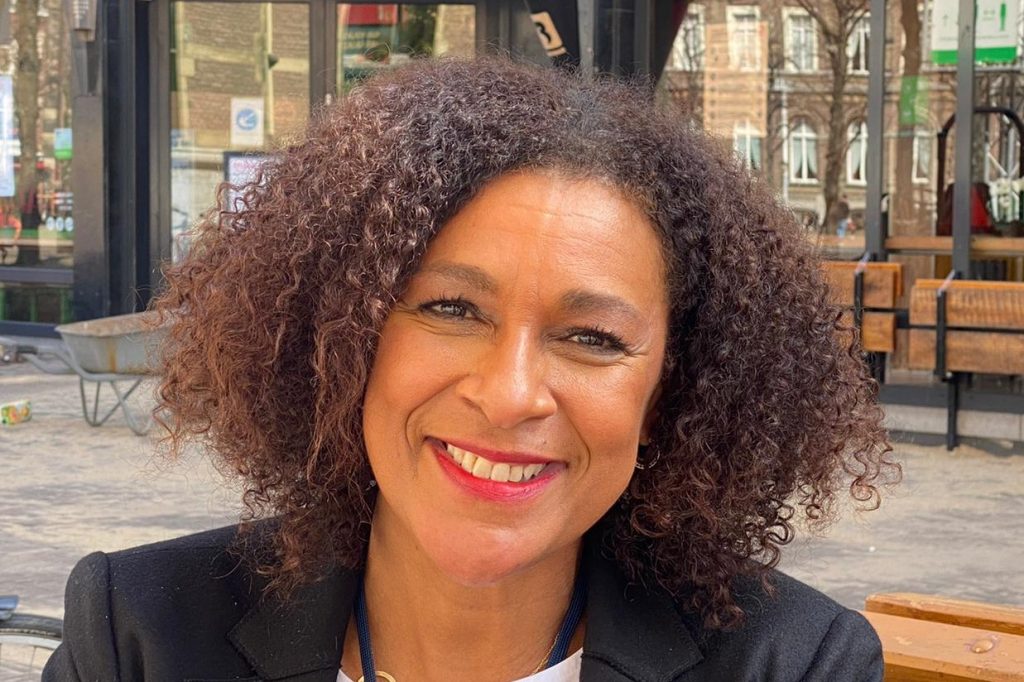 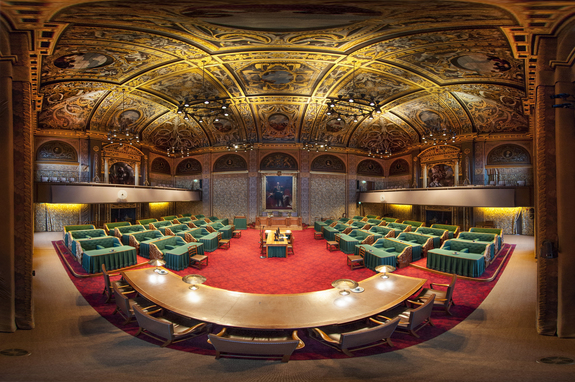