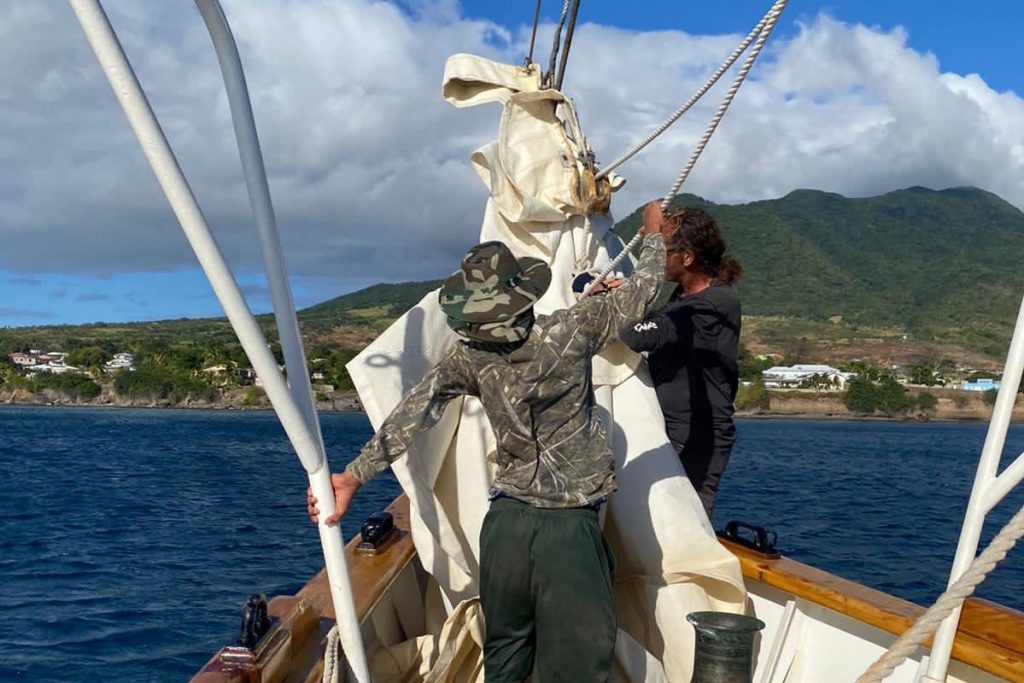 Saba – Saba has a long-standing tradition of captains and seafarers and to this day has an intrinsic relation with the sea. In this sense, the introduction of the curriculum of Seaman Operations that started at the Saba Comprehensive School (SCS) last year fits right in. As part of this maritime program, students have been sailing on the schooner Ruth for the past weeks.

Acknowledging Saba’s long-lasting relation with the sea and the prospective of a new harbor that will be constructed in the near future, SCS Director Anton Hermans saw it fit to initiate a two-year seaman operations education to prepare students for a career in the maritime sector. Four students are taking part in this introductory trainee program which they hope to complete within two years.

The training aboard the schooner Ruth serves to give the students a feeling of how a sailing ship works, to work with the sails, the ropes, how to navigate, to learn everything about the wind and the currents, said maritime teacher Hidde Verbeke. “It is hard work, because we use no engine.” Verbeke noted that in the past, Saba had a maritime school and that reintroducing maritime education on Saba made much sense since yachting would always remain important in the Caribbean.

The students have already passed their VHF radio and first aid theory exams. After completing the two-year program, the students have the possibility to continue their education (for instance) at the St. Maarten Institute for Professional Advancement (NIPA) with which SCS signed a Memorandum of Understanding (MoU) on March 19 this year.

Student Shaylone Matthew (17) is enthusiastic about training on board of schooner Ruth. “This is a new experience. I like it a lot. We get to sail around Saba and to other islands. I like to do everything: hoist and drop the sails, take the helm if the captain asks, tie up the dingy, tacking and gybing. Everybody is nice. We all get along very good. I haven’t decided yet what function I aspire, but I surely want to continue in maritime studies.”

Lionel Charles (32) is the only adult student in the maritime program. He is very interested in learning more about sailing. “I am fascinated with the ocean and I always wanted to sail,” he stated. It is hard work because we have no engine, but I like it. The sound of the ocean and the sails together is very peaceful.”

From March 16 to 19, the students went on a multiple-day trip and sailed to St. Maarten, St. Kitts and St. Eustatius. They remained on board throughout the trip.  This week, the four students will again go on a trip for several days. Aside from the four students of the maritime program, 24 other students of form 3, six per day, will join the crew on the schooner on the daily trips as a job orientation.

Schooner Ruth is a 30-metre two-mast sailing ship and is owned by Ian Dash from Barbados. He and his crew arrived on Saba on March 14, after a 10-day quarantine at sea. Captain is Gerrit Scheper who comes from a long line of sea captains with ties to Saba. Ruth is a Nova Scotia Grand Banks fishing schooner, built entirely in Barbados by Caribbean/Barbadian craftsmen, and launched in December 2014. The schooner is emission-free, using all solar power for electrical and refrigeration needs. Originally, it served as an inter-island cargo ship.

The relation of the schooner and its owner Dash with Saba dates back to the summer of 2019 when for the first time SCS students went sailing as part of the two-week summer camp. “It was a great success. We went to St. Maarten, Tintamarre, St. Kitts, Nevis, St. Eustatius and St. Barths. We wanted to repeat it in 2020, but the pandemic made that impossible,” said Dash.

There are not too many opportunities for young people in the Caribbean to train, said Dash. A tall ship is an ideal place to train. “When you aspire a maritime career, a tall ship is where you start. All traditional skills come together in a tall ship. With these practical skills and team work, which is a must, the students learn to work together, which is key to a successful life. Students discover themselves. They learn about their abilities in all kinds of conditions where they have to support each other, watch each other’s backs. It is a discovery of their own abilities outside normal life.”    Dash complimented Hermans for initiating the maritime program at SCS. “I have to particularly recognize Anton who recognized the importance of starting this, also in light of Saba’s sea tradition.” 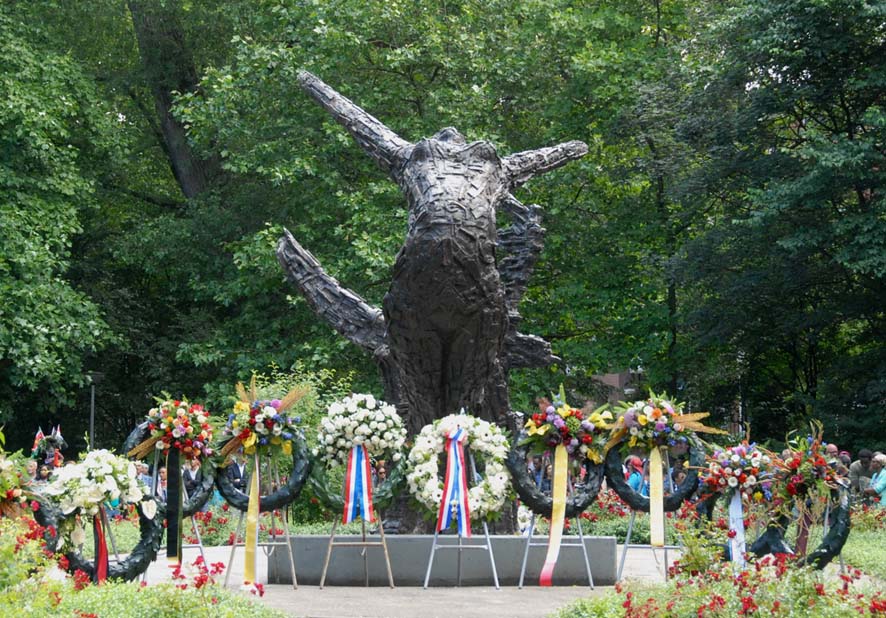 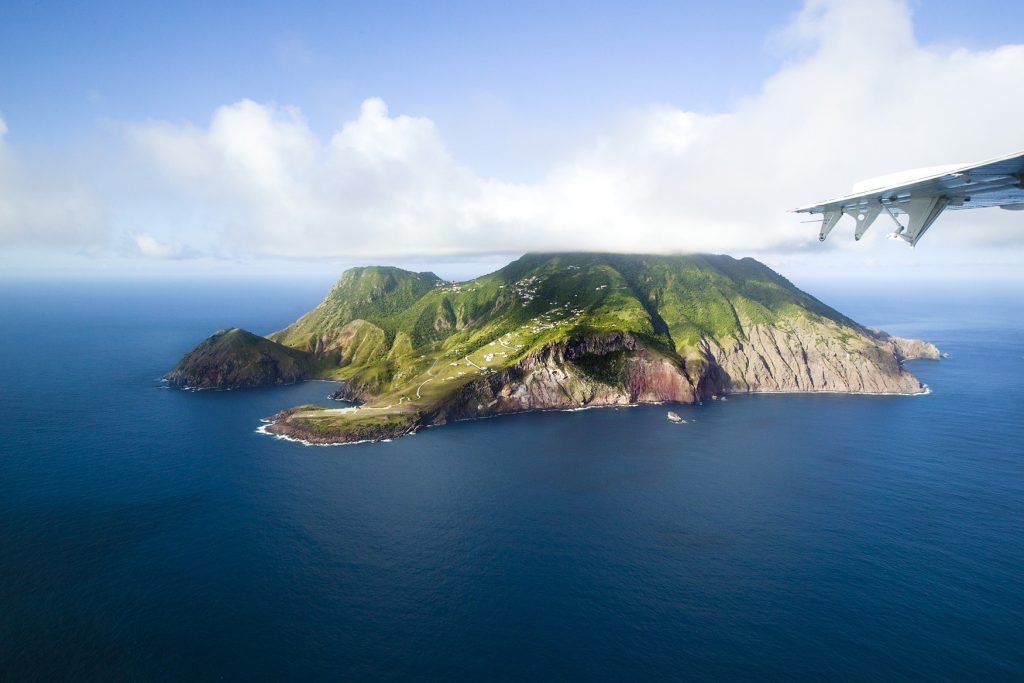