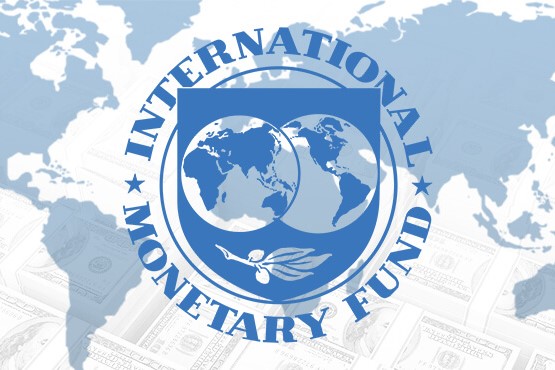 A Concluding Statement describes the preliminary findings of IMF staff at the end of an official staff visit (or ‘mission’), in most cases to a member country. Missions are undertaken as part of regular (usually annual) consultations under Article IV of the IMF’s Articles of Agreement, in the context of a request to use IMF resources (borrow from the IMF), as part of discussions of staff monitored programs, or as part of other staff monitoring of economic developments.

The authorities have consented to the publication of this statement. The views expressed in this statement are those of the IMF staff and do not necessarily represent the views of the IMF’s Executive Board. Based on the preliminary findings of this mission, staff will prepare a report that, subject to management approval, will be presented to the IMF Executive Board for discussion and decision.

Washington, DC: Aruba managed to contain the pandemic in the first months of the COVID-19 outbreak but experienced a resurgence of new infections in the summer. The authorities’ swift response has helped contain the human and economic damage of the pandemic, but GDP contracted sharply given Aruba’s high dependency on tourism. Facilitating the recovery will require continued policy support in the near term. As the pandemic recedes, sustained structural reforms and fiscal efforts will be needed to secure debt sustainability.

1. The Aruban economy was gaining momentum before the pandemic. Several recessions since 2008 had weakened activity and the fiscal accounts, but a slow-paced economic recovery was under way, supported by strong tourism inflows. The authorities were pursuing an ambitious fiscal consolidation program and were advancing reforms to diversify the economy. They met the 2019 fiscal deficit target with a comfortable margin and had set public debt on a downward trajectory.

2. COVID-19 has caused unprecedented disruption to economic activity, triggering Aruba’s deepest recession in history. Tourism came to a complete halt during the 2020Q2 causing ripple effects across all sectors. International tourism arrivals dropped by 67 percent in 2020 and real GDP is estimated to have shrunk by 25.5 percent, with considerable strain to the labor market and business sector. Inflation turned negative and the current account plunged into an estimated deficit of 19 percent of GDP.

3. The government acted swiftly. The multi-pronged expenditure fiscal package announced in March—amounting to about 13 percent of GDP— included: i) temporary income support (FASE) to those who lost their job or labor income; ii) wage subsidies to employers that maintained employment links; iii) liquidity assistance to small and medium enterprises; and iv) financial support to the General Healthcare Insurance (AZV) and Social Security Bank (SVB). On the revenue side, the tax deferral measures introduced in April-May were followed in November by tax incentives to support small businesses during the incipient recovery.

4. The Central Bank of Aruba (CBA) eased monetary and macroprudential policies, supporting private credit despite the drastic output contraction . It injected liquidity in the banking sector by lowering reserve requirement on commercial bank deposits, and stopped granting new foreign exchange licenses related to outgoing capital transactions to preserve the peg. To increase the loss absorption capacity of the banking sector and support lending, the CBA cut the minimum capital adequacy and the prudential liquidity ratios, and increased the maximum allowed loan-to-deposit ratio.

5. Fiscal support was essential to save lives and incomes but fiscal vulnerabilities have increased . Together with the accommodation from monetary and macroprudential policies, the fiscal package has provided essential income and liquidity support to the affected businesses and households and has helped contain bankruptcies and unemployment. However, supportive expenditure policies and large revenue losses turned the fiscal balance from a surplus of 0.3 percent of GDP in 2019 to a deficit of 17 percent of GDP in 2020. As a result of the large deficit and deep GDP contraction, public debt increased from 72 percent of GDP to 117 percent of GDP. Higher financing needs were met by a combination of domestic and external sources, including critical support at favorable terms from the Netherlands.

6. A moderate recovery is projected for 2021. Real GDP growth in 2021 is expected at about 5 percent, supported by Aruba’s favorable testing capacity and vaccination prospects compared to other Caribbean countries. The pandemic is likely to have lasting effects on the economy, which is only expected to reach the pre-COVID level of real GDP in 2025. Inflation will return to positive territory but remain below 3 percent in the medium term. The current account will stay in a deep deficit in 2021 and gradually improve thereafter as tourism flows normalize.

7. As the fiscal deficit remains high, public debt continues rising. The fiscal deficit is expected to remain elevated in 2021, reflecting continued expenditure support and a persistent decline in tax revenues. Over the medium term, the primary deficit is projected to narrow gradually before turning into surplus in 2023, supported by the unwinding of temporary measures as the economy recovers and the resumption of structural fiscal reforms. Public debt will peak at about 130 percent of GDP in 2021 and gradually decline. The fiscal adjustment needed to restore debt sustainability is sizable both by historical and international standards.

8. Risks to the outlook are exceptionally high. Like other countries, downside risks are predominant and primarily stem from the uncertain evolution of the pandemic. Domestic risks include pandemic-related economic scarring, high implementation risks to the needed fiscal adjustment, and negative feedback loops between overleveraged households and corporates, financials, and the government. Risks to debt sustainability are also high, but are partly mitigated by the sizable share of obligations to the Dutch government and the possibility of refinancing and/or restructuring those loans, including converting some of them into grants. On the upside, a faster than expected vaccine rollout and pick-up in tourism related services, and a resumption of the activity of the refinery could hasten the recovery and medium-term growth respectively.

9. COVID-related policy support measures were instrumental to contain the fall in incomes and should not be withdrawn until the economy is self-sustainable. Supporting the recovery without exacerbating debt sustainability risks will require additional financing support at favorable terms in the near-term, together with agility to adapt policies quickly in a highly uncertain environment sustained effort to secure debt sustainability once the pandemic recedes.

10. Policy support remains critical to contain the effect of the pandemic , given the tepid recovery projected in 2021. The decision to extend fiscal support in 2021 is appropriate, in view of continuing economic weakness and elevated risks. Premature retrenchment could hurt the recovery and pose even larger costs on the economy. The authorities are encouraged to prepare a contingency plan if current conditions persist, including the extension of some fiscal support into 2022 if additional financing sources can be identified.

11. Strict prioritization of spending and revenue mobilization is necessary to contain debt sustainability risks . Expenditure measures should be targeted to households and businesses in immediate need within a generalized effort to improve the efficiency of total spending. However, continued cuts to healthcare spending being considered risk exacerbating the human and economic toll of COVID-19. Instead, a more comprehensive structural reform should be considered to enhance the medium- and long-term sustainability of the healthcare system. Measures to improve tax compliance would broaden the tax base while more fairly distributing the tax burden across the economy. The introduction of a value-added tax (VAT) should be accelerated to offset the revenue shortfall from the recent reduction in direct taxes while protecting the vulnerable, as well as on efficiency grounds.

12. As the recovery takes hold, Aruba will need a substantial and sustained medium-term fiscal consolidation to restore sustainability and rebuild fiscal buffers . While the authorities’ fiscal consolidation program has been derailed by the pandemic, a credible, growth-friendly and inclusive medium-term consolidation plan consistent with the remaining three phases of the fiscal reform will be essential to set public debt on a firm downward trajectory. The mission recommends:

13. Strengthening the fiscal policy framework will help guide fiscal policy in the medium term . Adopting a well-designed medium-term budget framework would strengthen fiscal planning and help achieve multi-year fiscal discipline. Enhancing the debt management strategy would guide financing decisions and mitigate refinancing risks arising from the bunching of maturity in 2022/23 when the loans received from the Netherlands come due under current terms.

14. Monetary and macroprudential polices should remain accommodative. The precautionary reduction of banks’ reserve requirements helped uphold activity and there was no sign of immediate liquidity shortages in the banking sector. Monetary policy should stay accommodative to support the recovery unless pressures on reserves materialize. The current level of foreign reserves is adequate, but it should be increased over the medium term in view of the high uncertainty regarding the resumption of tourism receipts. The CBA is encouraged to remove the recently imposed foreign exchange (FX) measure once FX flows normalize. Premature tightening of macroprudential policies should be avoided to prevent adverse macro-financial feedback effects that might weaken the financial system and reduce welfare.

15. Banks are liquid and well-capitalized but the CBA should remain vigilant for signs of emerging financial vulnerabilities . NPLs were contained at 5 percent at end-2020. However, provisions for deteriorating asset quality are affecting profits and NPLs could rise significantly once the fiscal support to households and businesses is lifted. Close monitoring is essential to ensure early intervention and maintain financial stability. Adoption of Basel II would further improve the financial sector’s resilience.

16. Comprehensive structural reforms are key to diversifying the economy and boosting potential growth. COVID-19 brought to the fore the urgency of advancing diversification efforts to help contain tourism-related output volatility and catalyze growth. In the short-term, shifting to lower density tourism models would help reduce permanent scarring while decreasing negative environment externalities. Labor market reforms that foster flexibility would enhance labor participation and productivity, improving external competitiveness for export diversification while boosting growth potential. Strengthening the link between education, training, and skill demand and broadening access to digital infrastructure will reduce the long-term impact of COVID-19, in particular for unskilled, more vulnerable workers, helping alleviate inequalities and spur equitable growth. Policies that tackle inequality and strengthen resilience to climate risks should be continued, along with structural reforms that improve the business environment, including those related to the governance and AML/CFT frameworks.

The team is grateful to the authorities and other counterparts for the highly cooperative and engaging discussions, and wishes to express its solidarity to all Arubans who have been impacted by the pandemic. 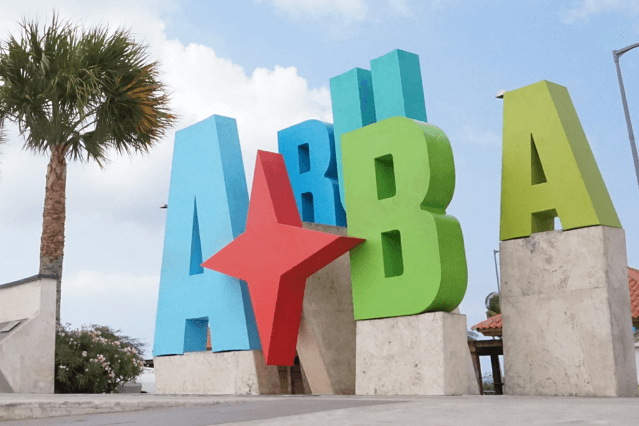 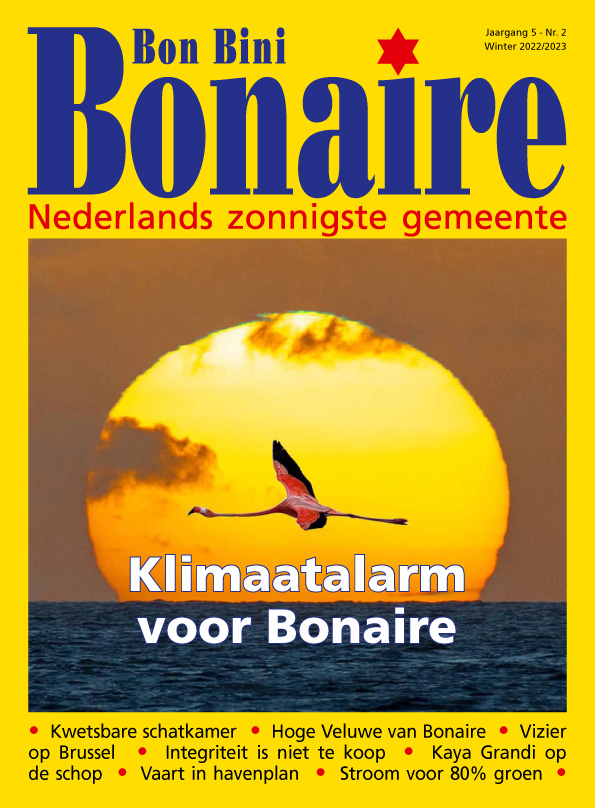 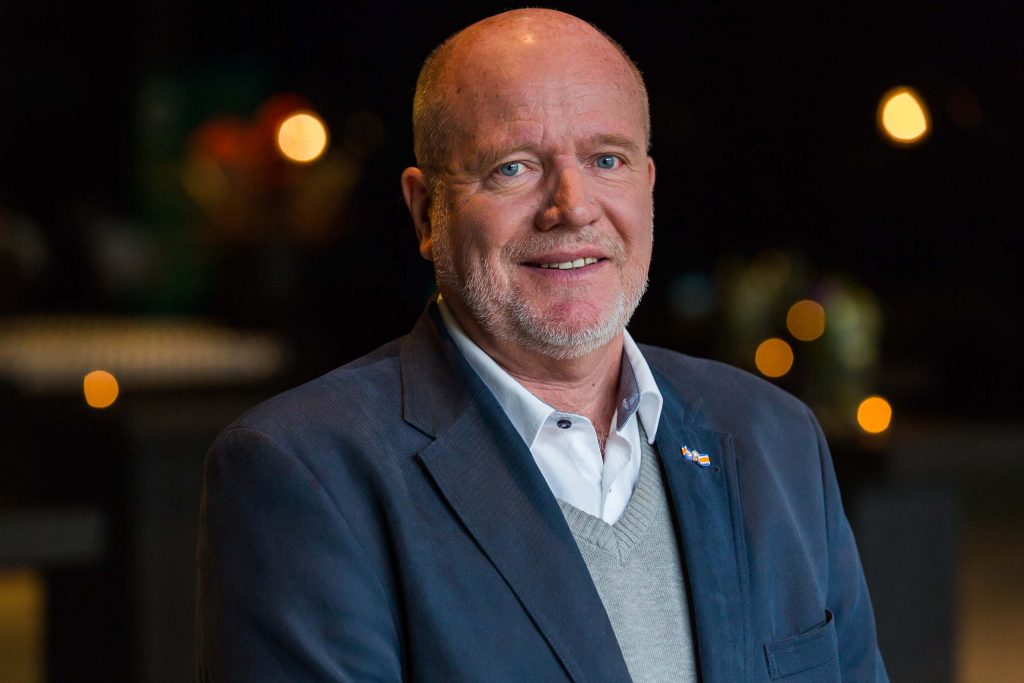 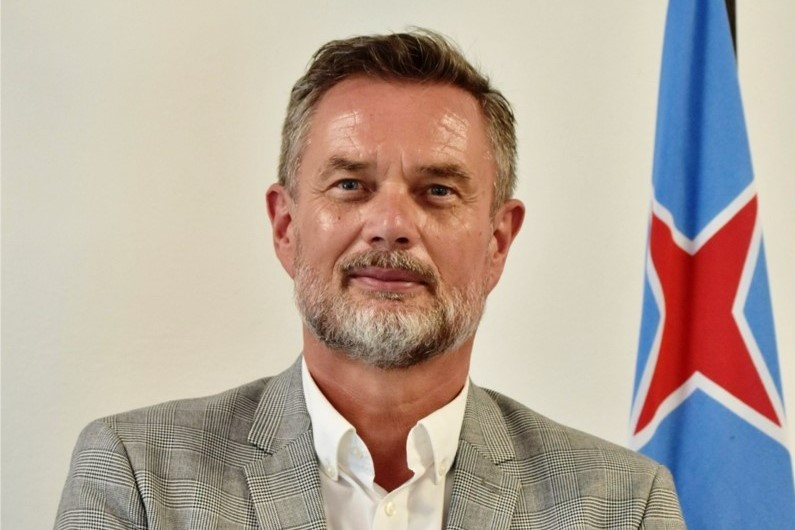